Mechanical Turk can be beaten

Btw, here’s where I’m staying while on this gig: 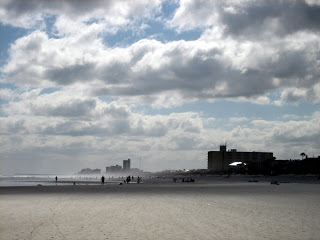 See that boxy hotel, just right of center? That, my friends, is the mighty Sea Turtle Inn. And by mighty I mean: “Don’t stay there.” Nice location, crappy rooms.

Yesterday I was laid low by the perils of Amazon’s new RESTYSOAPY (because everyone wants their REST to be more SOAP-like) API, but today I have triumphed. I was awful ‘fraid Uber dev dudes Zed Shaw and Obie Fernandez would find a 2 second solution to the problem that had plagued me all day. They weren’t here yesterday and I was posative they’d come in and spot the problem all flash-like whilst snickering at my code. But of course I was just feeling self-conscious. Obie and I spent a few hours trying to put xml into an url without success until we noticed a line in the doc saying you can call a get OR a post. Oh. All I had to do was do a post with the xml in the body and … I ran into another problem.

The xml wasn’t valid without a whole bunch of stuff in the root element of the question. It should look like this:

Which is nowhere I could find on the Amazon site. Obie and I actually found a website that let us enter question into a web form and then it produced the xml for us! Awesome. Now I can’t find it again. The Hell? It was at Awszone.com and I swear it wasn’t there yesterday and it isn’t there now. Maybe it’ll be back. I hope so because it was friggin’ cool. Once we saw all the stuff we were missing it was cake to stick it in to our xml and post a HIT (for Human Intelligence Task). Now all we gotta do is figure out how to get our answer back.

Hey, I found it again. It’s not linked to very well on the homepage of the site. Anyway, here it is.