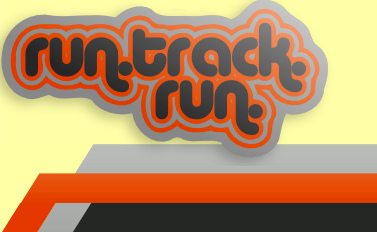 Apprenticeship is a big part of Obtiva (the consultancy where I work) so I introduced my friend Leah to Obtiva, they hit it off, and now she’s an apprentice in the studio. Now apprenticeship at Obtiva is a paid, billable position. She’s pairing everyday on a medium sized Rails business skill development project and learning a lot, but what just blew me away was the development of the “Run. Track. Run.” project.

Leah is a runner and for years she’s been talking about how she’d like to create a decent running website that could import Gamin GPS data and produce useful graphs for runners. Apparently all the sites out there plot every single point of data returned from the GPS device, with little-to-no smoothing, and so the graphs are extremely noisy and hard to read. Wouldn’t it be great if an actual marathon runner designed a website for runners? At which point I would usually say: “Yeah, that’s a great idea – we should do that someday.”

Here’s the cool thing: A few months ago the developers in the studio were talking about putting together a Rails Rumble team, Leah brought up her idea for the website, the Obtivians loved it, and now it exists. Go see it right now if you want: Run. Track. Run. That’s awesome. Leah had never written a line of Ruby code before this summer, but she got to be on a team of experienced developers (and one talented designer) who helped her implement a very cool website. She didn’t pay these people – they all volunteered to do it because they thought it would be fun to spend 48 hours building a website from scratch (which is the idea behind Rails Rumble). So in addition to getting paid to learn Rails as a day job, Leah got to build a website that had been rattling around her brain for some time now.

That sort of thing makes me proud to be an Obtivian and proud of Leah for implementing her idea.