Fifth Day of the Craftsman Swap

Day Five of the Craftsmanship Swap:

Today started off with some more work on a soon to be released 8th Light project that will hopefully make them some money. Colin and I had a good time blowing up the app and making sure a notification email gets sent out using Exception Notifier. Later on, at a retrospective, Paul asked me if I thought it would make any money and I said that I had no idea but it was worth it even if all they got out of it was some greenfield experience for Eric and Colin. Oftentimes when you’re a new developer you get told what to do. But this project, although managed by Micah, has mostly been programmed by Eric and Colin. Which is awesome. It’s a real app that will go into production and charge credit cards, but it’s small and simple enough that they could write every line. There’s a lot of 10 year veterans of the industry who’ve never had that sort of start to finish experience and I think it’s cool they’re getting it.

In the late morning/afternoon I worked on Fresnel -- a Ruby/Limelight desktop client for Lighthouse. The idea is to fix some of the ui issues but also to enable an offline mode which would sync up to the server when connected to the internet (this feature has not yet been implemented).

And now some photos of 8th Light: 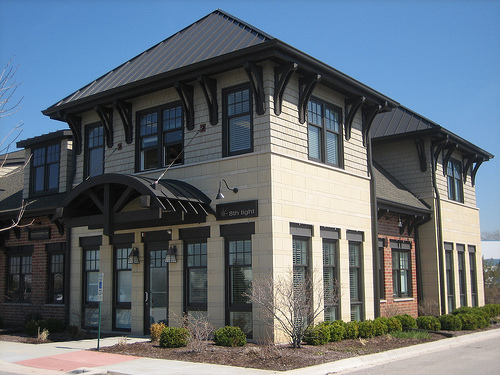 The lake right next door. 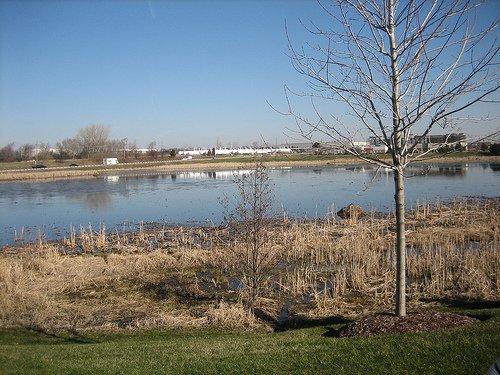 From left: Paul, Eric, and Colin 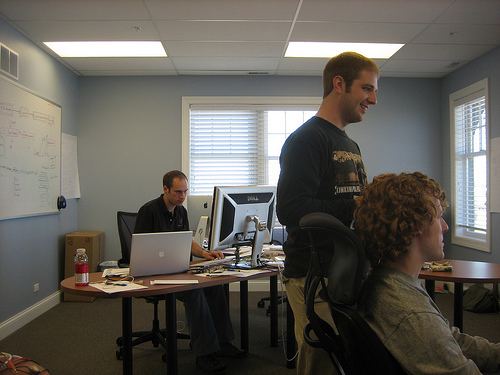 Lonely Colin early in the morning in the war room. 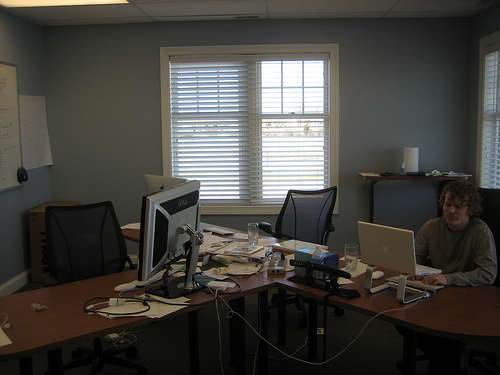 Long shot over the stairs into the meeting area (where they host user’s groups). 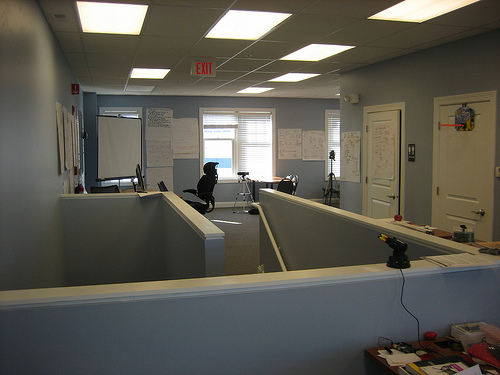 Where people sit in the meeting area mentioned above. 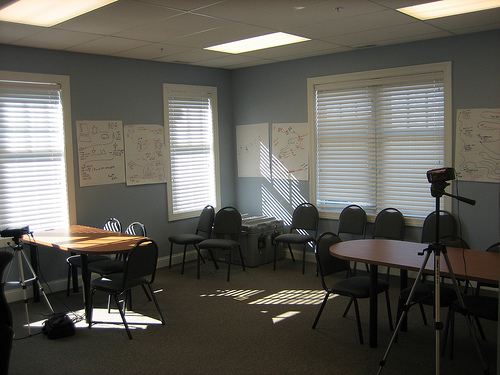 Thanks again to all involved at 8th Light and Obtiva for letting me have this wonderful opportunity to see how another small consultancy works toward software craftsmanship.